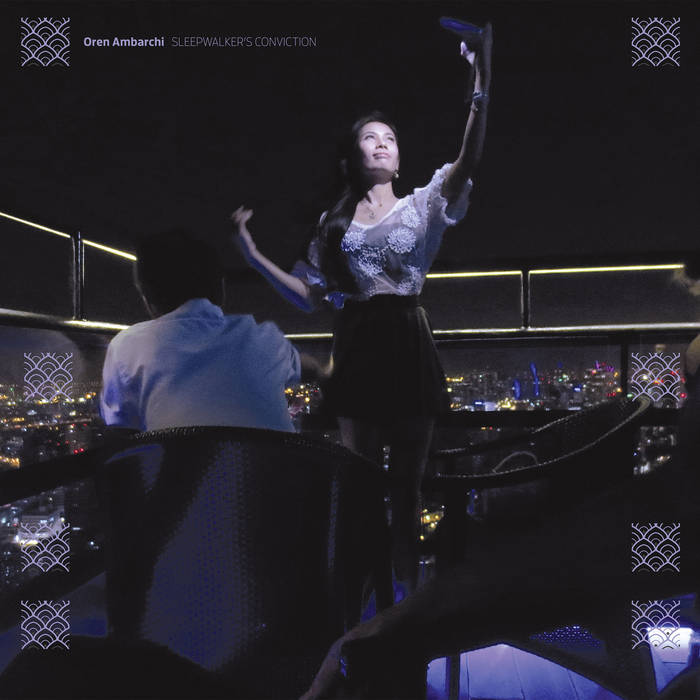 Sleepwalker’s Conviction documents a 2014 performance by Oren Ambarchi in collaboration with a 20-piece ensemble conducted by Ilan Volkov and featuring members of the Adelaide Symphony Orchestra and Speak Percussion. Foregoing the rhythmic propulsion and distortion-saturated harmonics that have featured in much of Ambarchi’s recent work, the LP’s single 40-minute piece inhabits a hushed, almost static space of extended tones, percussive shimmer, and creaking strings. Rather than adopting the position of a soloist, Ambarchi allows his sub-bass guitar tones and swirling Leslie textures to blend seamlessly with the ensemble, made up of double basses, horns, and percussion. The group sound has a near-cavernous depth, as waves of low beating tones and distant percussive textures gently wash over one another, coalescing into an undulating mass. Steering clear of bombast and new music clichés, the result is a work of meditative beauty that touches on the haunted ambience of late Luigi Nono, the submerged sonics of Bryars‘s The Sinking of the Titanic, and the melancholy rituals of Christoph Heemann and Andrew Chalk‘s Mirror, while remaining unmistakably marked by the singular sensibility Ambarchi has developed over countless performances and recordings