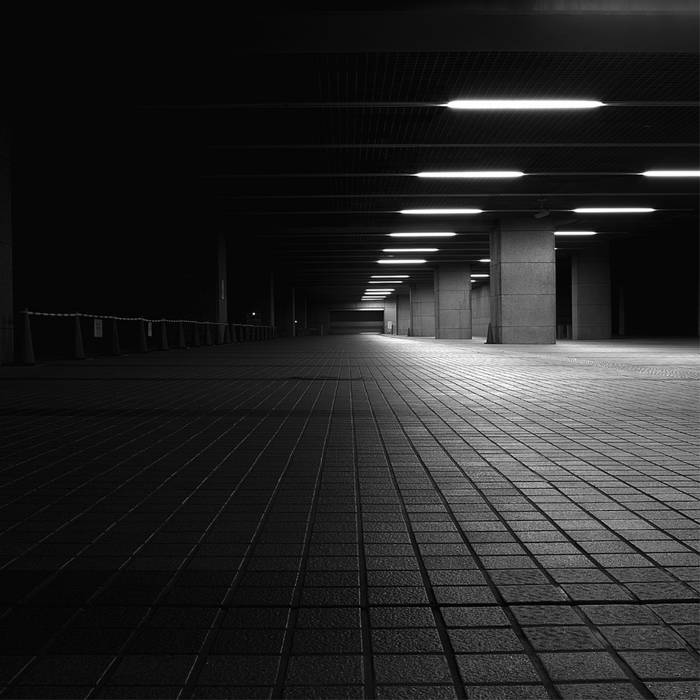 For anyone who still associates Oren Ambarchi exclusively with the clipped, bass-heavy tones of solo electric guitar works such as Suspension, this rhythmically churning one-man-band monster of an album-length piece might seem to come out of nowhere. However, listeners who have followed the breadth of his work for the last few years (solo and in projects with collaborators from Jim O’Rourke to Stephen O’Malley and Keith Rowe to Keiji Haino) will have noted how Ambarchi has allowed increasingly clear traces of his enthusiasms as a music listener (for classic rock, minimal techno and 70’s fusion, among other areas) to surface in his performances and recordings, all the time filtering them through his signature long-form structures and psychoacoustic sonics.

Recorded in a single inspired studio session, Sagittarian Domain displaces Ambarchi’s trademark guitar sound from the centre of the mix, its presence felt only as an occasional ghostly reverberated shimmer. Endlessly pulsating guitar and bass lines sit alongside electronic percussion and thundering motorik drumming (familiar from his work with Keiji Haino) at the core of the piece, locking into a voodoo groove like Faust covering a 70’s cop show theme. The work is founded on hypnotic almost-repetition, the accents of the drum hits and interlocking bass and guitar lines shifting almost imperceptibly back and forwards over the beat as they undergo gradual transformations of timbre. Cut-up and phase-shifted strings enter around the half-way mark like an abstracted memory of the eastern-tinged fusion of the Mahavishnu Orchestra’s classic Visions of the Emerald Beyond, before returning for an extended, stark yet affecting come-down coda, equal parts Gavin Bryars and Purple Rain.

While Sagittarian Domain contains traces of a diversity of influences, it mines all of them to uncover something that is clearly an extension of Ambarchi’s own investigations up to this point, exhibiting the same care for micro-detail and surrender to the physicality of sound that are present in all of his work, extending them in new ways to repetition, pulse and rhythm
Francis Plagne