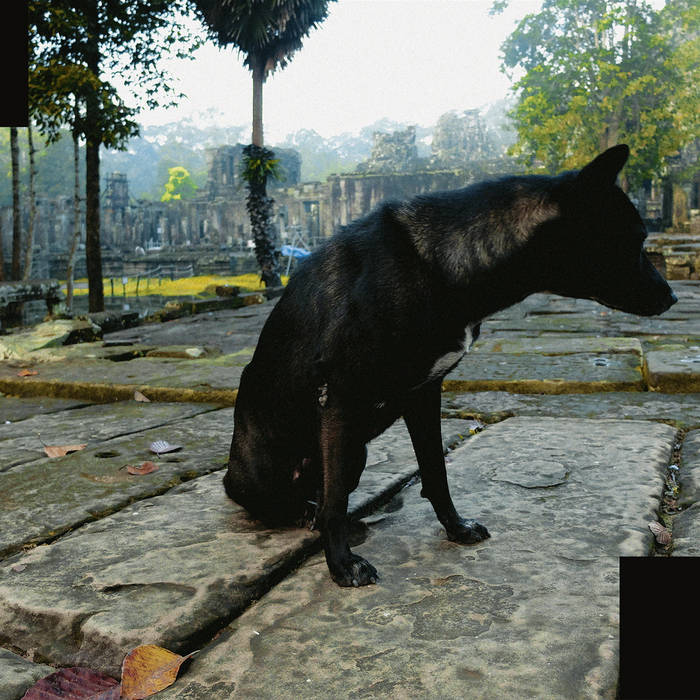 Begun as a one-off collaboration in 2009, the trio of Keiji Haino, Jim O’Rourke and Oren Ambarchi has now become a solid working group, refining its craft through a series of annual concerts at Tokyo’s legendary SuperDeluxe. Much of their recorded work has focused on their intense, ritualistic take on the rock power trio of electric guitar, bass and drums, with last year’s ‘now while it’s still warm let us pour in all the mystery’ (BT09) containing a series of instant compositions of stunning power and concision that demonstrated how familiar and attuned to one another the three have become.

Presenting the entire first set of the trio’s March 2013 concert at SuperDeluxe (the second set will follow on Black Truffle later this year), ‘only wanting to melt beautifully away is it a lack of contentment that stirs affection for those things said to be as of yet unseen’, their fifth release, blows the instrumental palette wide open for a single continuous piece focused on acoustic strings, synth, flute and percussion. Featuring one of Haino’s most delicate and moving recorded vocal performances, the opening section of the record takes the form of a spare duet between O’Rourke’s 12-string acoustic guitar and Haino’s kantele (a Finnish variant of the dulcimer), behind which Ambarchi provides a hovering backdrop of wine glass tones. While on previous releases the listener has often sensed that Haino was firmly in the driver’s seat, here O’Rourke takes centre stage with an acoustic guitar performance that takes the lyricism of John Abercrombie or Ralph Towner and refracts it through the free improvisation tradition of his mentors Derek Bailey and Henry Kaiser. The atmosphere of meditative, abstracted song is reminiscent of some of Haino’s greatest recordings, such as the legendary ‘Live In The First Year Of The Heisei’ volumes recorded with Kan Mikami.

After this stunningly beautiful opening sequence, the performance moves organically through a number of episodes, including a dramatic central passage in which Haino moves to synth and drum machine, crafting a current of raw electricity that unfurls slowly over the gently pulsing foundations of Ambrachi’s cymbals and builds to heights of manic intensity. When Haino later turns to wooden flute, Ambarchi answers him with nimble hand-drummed percussion in a passage that calls to mind Don Cherry’s liberated combination of free jazz improvisation and non-western musics.

The trio’s move away from the power trio dynamic bespeaks a risk-taking and questing spirit that refuses to be satisfied with repeating past glories, and yet the organic, immersive flow of this single improvisation attests to the intuitive bond that has formed between them over the last five years. Exuding the signature mystery and emotion of Haino’s greatest works, this release is perhaps the strongest statement yet from this acclaimed trio, and holds out a tantalizing promise for everyone hooked on their continuing exploration of ‘those things said to be as of yet unseen’. Francis Plagne

If you like only wanting to melt beautifully away is it a lack of contentment that stirs affection or those things said to be as of yet unseen, you may also like: