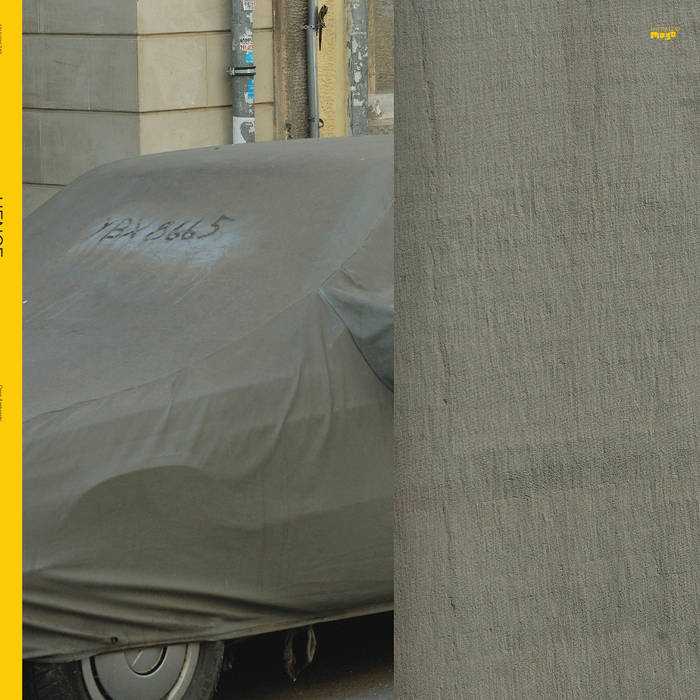 Hence is the third collaborative release from Oren Ambarchi and Jim O’Rourke, following on from 2013’s Behold. Building on the refined combination of electronics and acoustic instrumentation found on their previous releases, Hence presents two side long pieces combining synthesizers, heavily effected guitar tones, and tabla rhythms played by special guest U-zhaan. On the first side, an explosive opening chord sends out ripples of sparse, irregularly pulsing guitar and synthesizer tones, aleatorically changing in pitch and jumping around the stereo image. Combined with the tabla, which gradually builds in busyness throughout the side, the piece is like a dream collaboration between David Behrman and the Henry Kaiser of It’s a Wonderful Life, gradually overtaken in its second half by a swarm of lush live electronic sizzle.

The second side begins in a similar area, combining tabla, shimmering Leslie cabinet guitar tones, and a wandering melodic line. Undergoing a series of subtle variations, this initial area eventually builds to a climax of twittering synthesized birdsong reminiscent of Alvin Curran’s 70s work. As on the first side, Ambarchi and O’Rourke craft a piece that is both comforting and subtly strange, as the constantly shifting dynamics and changes of focus (which recall the flow of improvised music) refuse to allow the music to settle into any one moment for too long or to build in too linear a fashion. Combining influences from post-minimalism, the pioneers of live electronics, and eastern music into a unique sound world, Hence is a seductive work from two of the most singular sensibilities in contemporary music.