← more from
Oren Ambarchi Archive
Get fresh music recommendations delivered to your inbox every Friday.
We've updated our Terms of Use. You can review the changes here. 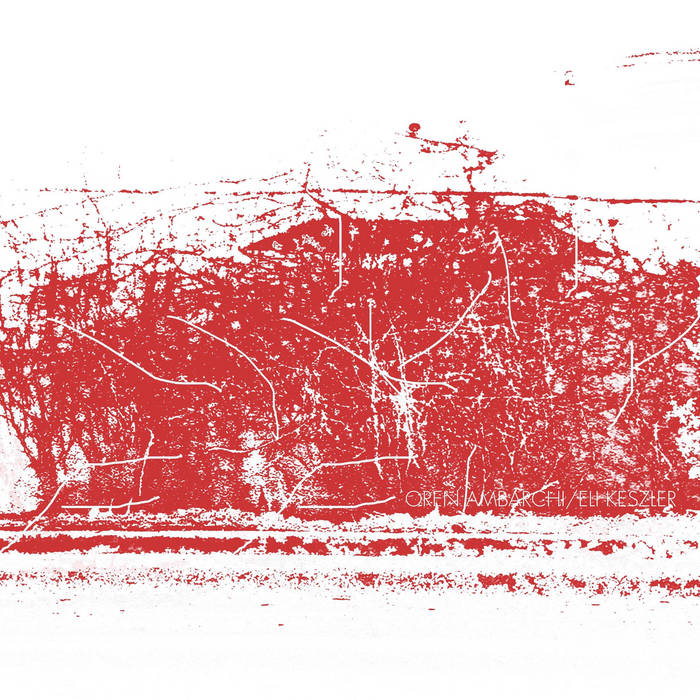 Originally released as a limited edition edition LP of 500 copies, stamped and hand-numbered, pressed on 180 gram black vinyl, with screenprinted covers on the Dancing Wayang label.
The first 100 copies of the LP come with a bonus 3″ CDR which features a specially mixed collage of Alps I & II also included here.

"Dancing Wayang Records is thrilled to announce the imminent release of the label's ninth album -- Alps by Oren Ambarchi & Eli Keszler; a fresh yet seemingly inevitable collaboration of two musicians kicking against limits and genre definitions, recorded and presented with a similar disregard for anything but quality. Alps was recorded in June 2013 at Eastcote Studios in London. Thereafter mixed by frequent Ambarchi associate Joe Talia in Melbourne and mastered by Rashad Becker in Berlin, it comes pressed on 180 gram black virgin vinyl housed in the label's traditional hand-screenprinted wrap-around sleeves featuring cover art by Eli Keszler. Liner notes come courtesy of U.S. musician C. Spencer Yeh (Burning Star Core). Two vinyl-side-long pieces that mix improv, noise, rock, and drone, this is never an easy listen but always a compelling one. Both musicians are compulsive collaborators, with individual oeuvres that span all those genres and others yet to be labeled, and this album reflects and distills their hard-working heritage. They have a similar approach to questioning the fundamentals and exploring the sonic properties of their chosen instruments in a way that is informed by musical theory and learning but manifests itself in a defiantly non-academic, visceral and physical sound, both in intent and experience. Listening to Alps is a discomforting, uneasy and massively rewarding exercise, which denies the listener any steady ground on which to stand. This is evident from the moment that "Alps I" kicks off with piercing bowed cymbals. Percussive elements emerge from deep in the mix, drums without rhythm nor meter. Background and foreground shift tectonically and queasily. A chopping helicopter pulse hovers omnipresently over the battlefield of attacking drums and splintery bass beneath. It is a liquescent, rolling, never-still 20 minutes of multiple musical narratives. From the outset side B upholds the intensity. The conflagration of "Alps II" comes off like a tribute to classic Japanese psych; guitar proudly and consistently in the red, tsunamis of drum rolls. It has a defiant crudeness and rawness to its attack, which belies the intelligence needed to create such a rough-edged sound, the deftness needed to keep the truck-driving momentum on the road".

Mastered and cut by Rashad Becker at D&M,
Berlin May 2014