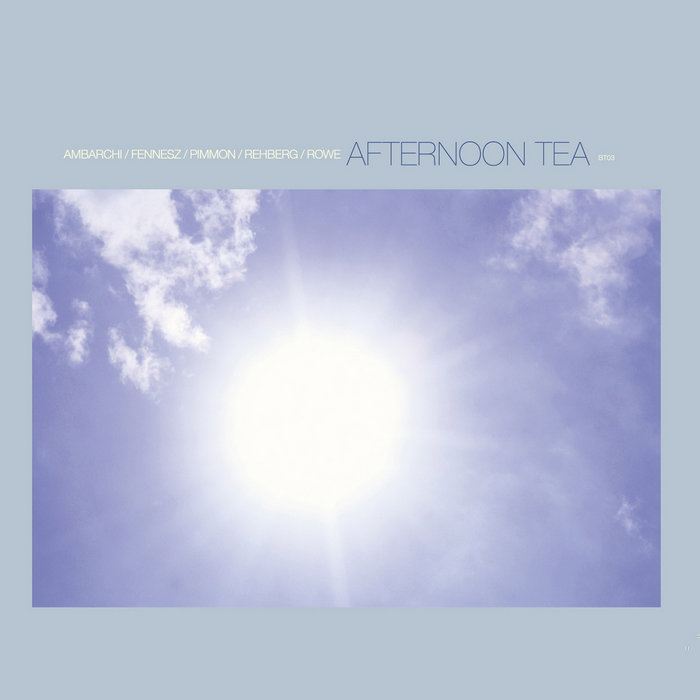 Who would have thought a relaxed sunny afternoon, newfound friendships and some spur-of-the-moment would have resulted in what’s been described as ’one of the most compelling documents of both free improvisation and electronica’ (All Music Guide)?

It’s the people involved in Afternoon Tea – originally released in 2000 on German label Ritornell and now reissued on Black Truffle with a new master, bonus tracks and newly discovered live recordings after years of being out of print – that ensured it as more than a happy accident. The twin guitar presence of AMM’s Keith Rowe and Oren Ambarchi and kindred spirits of the laptop ’ Sydney’s Pimmon, Vienna’s Christian Fennesz and Peter Rehberg made it a momentous day.

With all the players coming together during the 2000 What Is Music? Festival, Afternoon Tea stands as a highpoint of the then-emerging intersection between Powerbook performance and guitar improvisation. All subtley, nuance and detail, it is a revelation of restraint. Built on a steadying flow of burbling rhythm, the quintet slowly weave around each others’ sonics in layers to create a tonal palette immersive in its atmosphere and magnetic in its compulsion.

Hindsight clearly reveals the heart of these pieces – important to note considering they were recorded at a time when laptop performance was an alien concept to many in experimental music, suffering controversy and backlash as well as an over-abundance of pale approaches from many who took it on as novelty as opposed to serious musical pursuit. Those involved in the Afternoon Tea session left their Australian tour inspired, citing their merry time in the country eating, drinking and hanging out at the beach as well as their performances as a direct influence on their following work. Many great live recordings were spawned from the tour itself including Rehberg & Bauer’s passt, Fennesz’ Live at Revolver (both on Touch) and a collaboration between him and New Zealand’s Rosy Parlane (released on Synaesthesia). Additionally the seeds were sown for the Fennesz classic Endless Summer from 2001 (Mego).

Afternoon Tea remains one of the quiet and real achievers for experimental music of the past decade.

Tracks 4&5 recorded at the Palladium, What Is Music? festival, Sydney on Feb 8, 2000 (evening)
Previously unreleased

All tracks remastered by Lachlan Carrick at Moose May 18, 2009